Caroline Kerr, the Liberal Democrat leader of Kingston Council (RBK), has announced her plans to resign as the borough council leader. 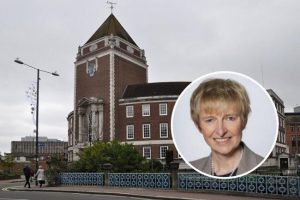 In a statement posted on the Kingston Lib Dem website yesterday (October 18) and reposted across social media platforms, Kerr said she had taken the decision with a “heavy heart” but was light on specific reasons for her stepping down.

The statement came days after a council meeting in which the future of the Kingfisher Leisure Centre was debated and councillors reportedly clashed over multi-million pound plans supported by Kerr to demolish the existing centre and replace it with a new building.

Kerr said in words quoted on the Kingston Lib Dem site she would stay on until a new leader is replaced, and reflected on her time in office.

“It is with a heavy heart that I am resigning as Leader of Kingston Council. It has been a huge honour to lead the Royal Borough and this is not a decision I have taken lightly. I will stay in post until my successor has been selected. I am extremely proud of the work of the Liberal Democrat Council in serving the people of Kingston, particularly in these most challenging times. Together we have supported Kingston’s residents and our local NHS through the pandemic, we are building the first council homes in a generation and we are investing in two new leisure centres which will serve everyone in the borough for the next 50 years. All whilst we have turned around the council finances after the Conservatives had left Kingston on the edge of bankruptcy under their watch,” she said.

The news was greeted with a range of reactions from political figures in Kingston, including a number of supportive voices such as former mayor and Lib Dem Councillor Margaret Thompson, who said: “I would like to thank Cllr Kerr for her excellent and diligent leadership for the past nineteen months. Cllr Kerr has led the Liberal Democrat group during the most challenging period the Council has ever had to face, using her skills of crisis management and forward thinking to ensure that the residents of Kingston were as well supported as possible during the pandemic. We look forward to moving on with a new leader to take us into the future and wish Cllr Kerr all the best after this difficult period.”