Police are urging people to comply with Covid-19 regulations ahead of protests and events expected to take place in London over the weekend.

The Metropolitan Police have issued an open letter to anyone who is organising or planning to take part in any public gathering, warning that they may be at risk of committing a criminal offence.

The force said they “strongly advise” people not to attend any large gatherings for the protection of themselves and others.

Thousands of people are expected to gather in central London later today (October 24) for an anti-lockdown protest, with anger brewing over the new local lockdown restrictions and the science of the pandemic.

Officers will be engaging with crowds at events, explaining and encouraging those present to stick to the rules.

Those who fail to comply, deliberately ignore the instructions of officers and put other people at risk of transmitting the virus will be subjected to enforcement action in line with the regulations, the Met said.

Under current regulations, no one can participate in a gathering of more than six people outdoors unless certain exemptions apply.

Protests including an anti-Trump demonstration, a protest over the detention of Hong Kong demonstrators and a Save Our Rights march are planned for this weekend.

As well as these, officers have also received information that unlicensed music events (UMEs) are being organised across the capital.

The Met said these events remain illegal and officers will look to shut them down and take action against organisers.

Ade Adelekan, police gold commander for Saturday, said: “As Covid-19 cases rise across the capital, it is vitally important for us all to stick to the regulations which are there to keep everyone safe.

“Throughout London, we will have officers on hand to respond to reports of breaches but to also engage with communities on the rules.

“I would urge those looking at attending a protest tomorrow that these events may not be exempt from the regulations if the organisers do not comply with the regulations and submit a satisfactory risk assessment.

“This could result in crowds being dispersed or indeed enforcement action being taken by officers on scene.

“Everybody has a personal responsibility to stick to the regulations and help prevent the transmission of coronavirus.

He said the force will not allow the health of Londoners to be put at risk and added they will take action against groups or individuals “who flagrantly and dangerously breach these rules”. 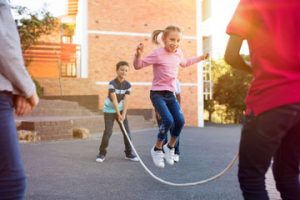