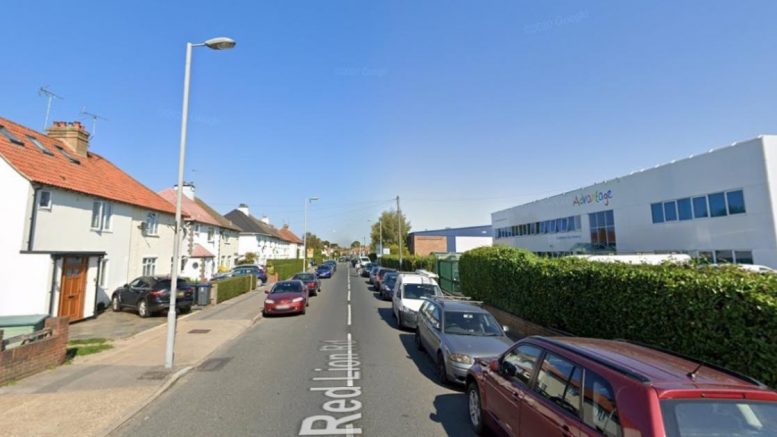 Lorries will be banned from delivering to new businesses on a South London industrial estate after 10pm following backlash from furious locals.

Surbiton residents claimed they are already plagued by more than 4,500 cars and 350 HGVs going through their neighbourhood in Tolworth every day.

The site of the revamp is currently empty, but businesses in other parts of the estate don’t have any restrictions on their hours of operation, deliveries or collections.

Chris Holdup, from Mode Transport Planning, told the council’s planning committee on Thursday (October 6) that 35 more HGVs would be expected through the area a day if the plans were approved.

But Surbiton residents said the development in general would be unsuitable for the residential area and its narrow roads, nevermind 24-hour deliveries.

They said more HGVs going past their homes, from companies moving into the revamped site, would constantly disturb their sleep and risk kids’ safety as a nursery is next to the site.

Resident Liz Mitchell pleaded with councillors to reject the plans due to the neighbourhood’s “major traffic issues”.

She said there are already more than 4,500 cars and 350 HGVs passing through the area’s “narrow residential roads” a day and raised fears the new development would add more than 1,000 cars and potentially 100s of HGVs.

She said: “This is unacceptable. It is not clean, it is not green and it’s not safe – especially for the hundreds of schoolchildren that use these roads twice a day.

“Overnight noise, with lorries coming and going past peoples’ front doors and then loading, unloading in their back gardens will constantly disturb residents’ sleep.”

She urged the committee to slap down the tightest restrictions possible if the development is approved, including restricting hours HGVs can access the site to at least 7am to 7pm.

Local Michael McDonnell added that Advantage Day Nursery has major concerns about the impact of noise and pollution on kids as he said the kids “spend a lot of time outside” on the other side of the site.

She said the developer had listened carefully to feedback and worked hard to come up with solutions to concerns raised, including measures to protect neighbouring homes and facilities.

She said: “London has a thriving 24-hour economy and the development needs to be able to operate accordingly to meet the increasing modern demands for goods, services and deliveries.

“The occupiers of the unit will vary, however, based on our experience it is likely that the development will attract small to medium companies similar to those that already operate on the wider estate.”

But Lib Dem councillor Farshid Sadr-Hashemi urged the committee to cut the proposed delivery hours as the estate is “bang in the centre of a residential area”.

The committee voted to restrict the hours HGVs can deliver to the site to between 7am and 10pm and approved the development, with seven councillors in favour, one against and two abstentions.